12 projects of the 2nd Call for Proposals shall be awarded with Programme grants! 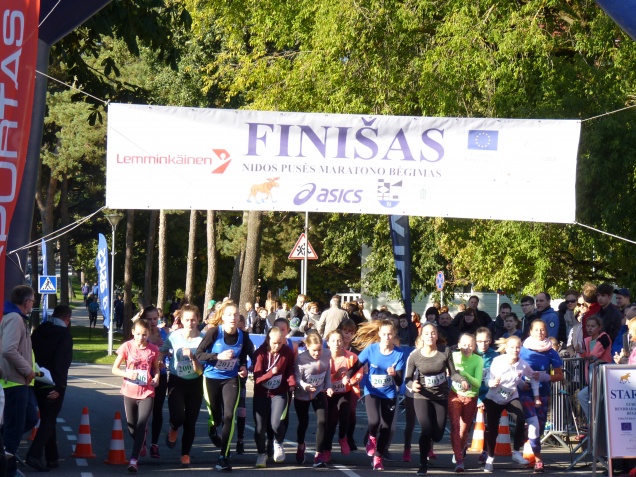 The European Cooperation Run has taken place in the Curonian Spit Nida resort. It was a part of the traditional, already 18th Nida Half Marathon event. 2014-2020 Lithuania-Russia Cross-border Cooperation Programme contributed to the organization of this event.

All the young runners received Programme gifts. Prize-winning runners were rewarded with special prizes set up by the programme, which were presented to children by the Mayor of the Neringa municipality Mr. Darius Jasaitis.

More than 750 people participated in the Nida Half Marathon Running event. All of them received souvenirs of 2014-2020 Lithuania-Russia Cross-border Cooperation Programme.