12 projects of the 2nd Call for Proposals shall be awarded with Programme grants!

A record number of participants in European Cooperation run 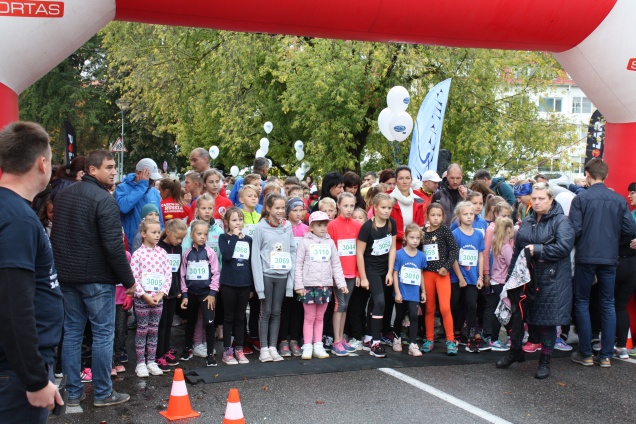 The European Cooperation Run took place in Nida on the 28th of September. It was a part of the traditional, already 20th Nida Half Marathon event. 2014-2020 Lithuania-Russia Cross-border Cooperation Programme contributed to the organization of this event.

A record number of participants in the Half Marathon run – more than 1000. The runners were supported and encouraged by their families and friends. Even the rainy autumn weather did not spoil the great mood!

This year almost 200 children participated in this European Cooperation Run. The shortest distance of 200 meters gathered 44 runners up to 6 years old, almost 100 children up to 12 years old took part in 0.5 km run and almost 50 runners up to 18 years old joined the 2 km run. While waiting for the results of the run, the children were entertained by animators who showed how to fold balloons and painted faces so that children could become the desired character or animal.

The Mayor of Neringa Municipality Darius Jasaitis has greeted all the winners of the European cooperation run during the ceremony of awards. Every young runner received traditional Nida's half marathon souvenir cup and the winners of I-III places received Programme's gifts.

On that occasion a full minibus of Russian children has joined the event and participated in various distance runs. The winner of 2 km distance in the category for girls 16+ became a Russian runner – Veronika Zhupanova.