The JTS has prepared instructions for auditors on filling in Expenditure Verification Reports and the list of most common mistakes.

How does the neighbourhood of Lithuania, Latvia, Poland, Belarus, Russia and other countries around the Baltic Sea look today? How far have we gone in 15 years having the opportunity to use the EU funding for joint cross-border initiatives? Are we using this funding efficiently to create sustainable and long-term relations between people, societies, organisations, businesses? Or have we created new borders of various kinds? How can we escape them so that they don't affect relations between neighbours?
Prominent Lithuanians, living in neighbouring countries as well as notable figures of cross-border relations will be searching for answers to these questions during the discussion festival 'Būtent!' ('Makes Sense!').

The discussion will take place on the 7th of September at 4 p.m.

During both days we're also inviting everyone to visit the informative tent of European Cooperation Programmes, where lots of activities are foreseen for you!

The event is organised in the frame of the European Cooperation Day. 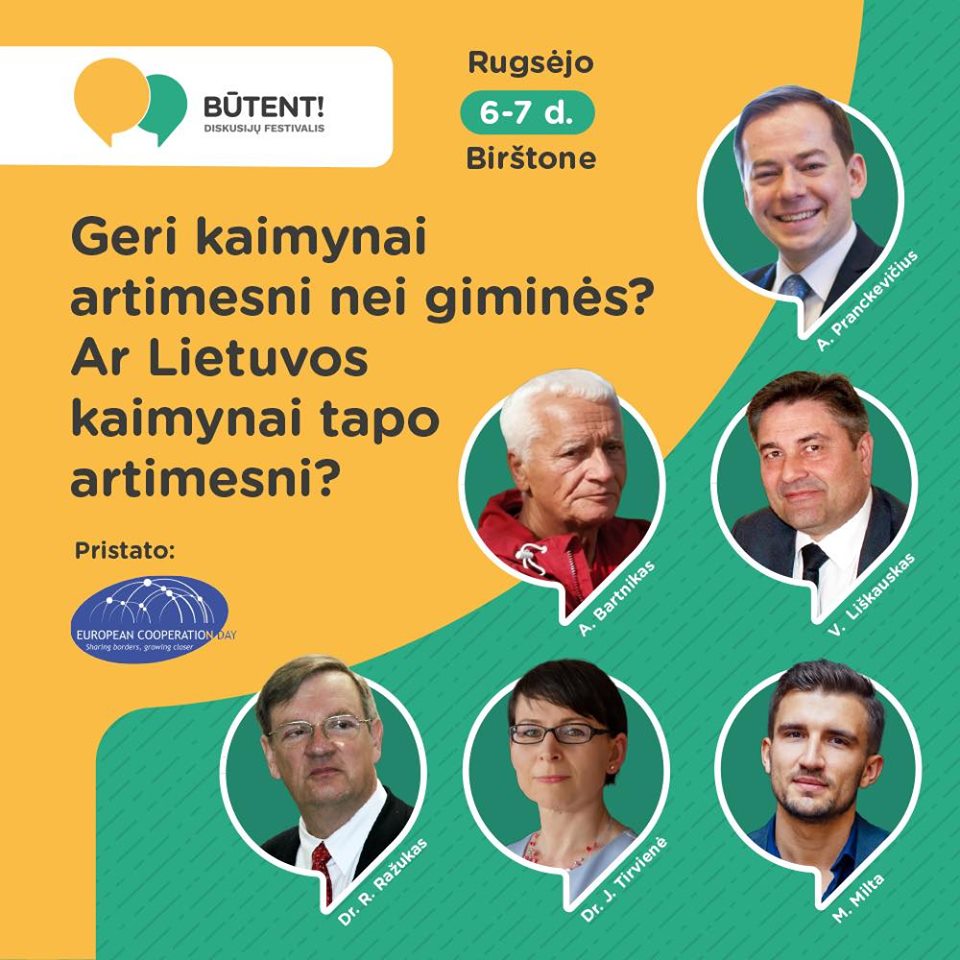